Virtual Home for the Holidays

Teresa Cheung is widely known for her creative concert programming, collaborative projects and community outreach programs and for being a passionate advocate for music education for all ages. Since the beginning of her tenure in Altoona, Ms. Cheung has created numerous outreach programs that have engaged area children and high school musicians and choristers. The ASO has also performed with university ensembles from Penn State University, Indiana University of Pennsylvania and Juniata College, while her vision of extending the Altoona Symphony’s artistry and reputation beyond Central Pennsylvania led to an acclaimed project with Pennsylvania Council for the Arts’ Commonwealth Speaker Karl Middleman in “Dvorák’s New World,” a Humanities on the Road program that was broadcast throughout Pennsylvania in December, 2011.

A native of Hong Kong, Teresa Cheung received her Masters Degree in Conducting from the Eastman School of Music. She is also the recipient of the JoAnn Falletta Conducting Award for the most promising female conductors.

Nathaniel’s concerts include: The Marriage of Figaro and Songs from Around the World with the Milwaukee Symphony Orchestra. He recorded with the Elgin Symphony Orchestra (Naxos) and performed American Favorites from Gershwin to Copland and Home for the Holidays concerts. He performed Something Wonderful, a Rogers and Hammerstein tribute concert, at Lincoln Center; The Weill Music Institute concert series at Carnegie Hall: Musical Explorers and Link Up with the Orchestra of St. Luke’s. Other concerts include Lyrics and Lyricists and Musical Introduction Series at the 92Y, the Atlanta Symphony Orchestra, El Paso Symphony Orchestra, the Springfield Symphony Orchestra, Grand Junction Symphony Orchestra, West Michigan Symphony, and Bernstein’s Mass and West Side Story with the Philadelphia Symphony Orchestra conducted by Yannick Nézet-Séguin. Nathaniel directed 19 Secrets and Painted Red for Sacred Ground Productions. He was a voice artist on the animated series, NFL Rush Zone (Nick Toons). He also appeared on the hit television shows, Law & Order: SVU (NBC), The Blacklist (NBC) and Blue Bloods (CBS). He is an Artistic Associate at the Milwaukee Repertory Theater. He is also a Lunt-Fontanne Fellow awarded by the Ten Chimneys Foundation with master teacher and mentor Ms. Phylicia Rashad.

PETER KURDZIEL
Peter Kurdziel has been the Director of Music at the Basilica of Saint Adalbert in Grand Rapids, Michigan since August of 2010. He earned degrees in organ from Hope College where he was a student of Huw Lewis and the University of Notre Dame where he was a student of Craig Cramer. He received the Doctor of Musical Arts from the University of Illinois (Urbana-Champaign) where he was a student of Dana Robinson. In addition to the organ, Peter has also studied voice, conducting, harpsichord, and theology at the graduate level. He is the past dean of the Grand Rapids and Muskegon -Lakeshore Chapters of the American Guild of Organists. He has also served on the executive boards of the Grand Rapids Chapter of the National Pastoral Musicians and the West Michigan Symphony. 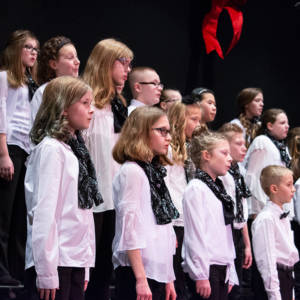 Virtual Home for the Holidays