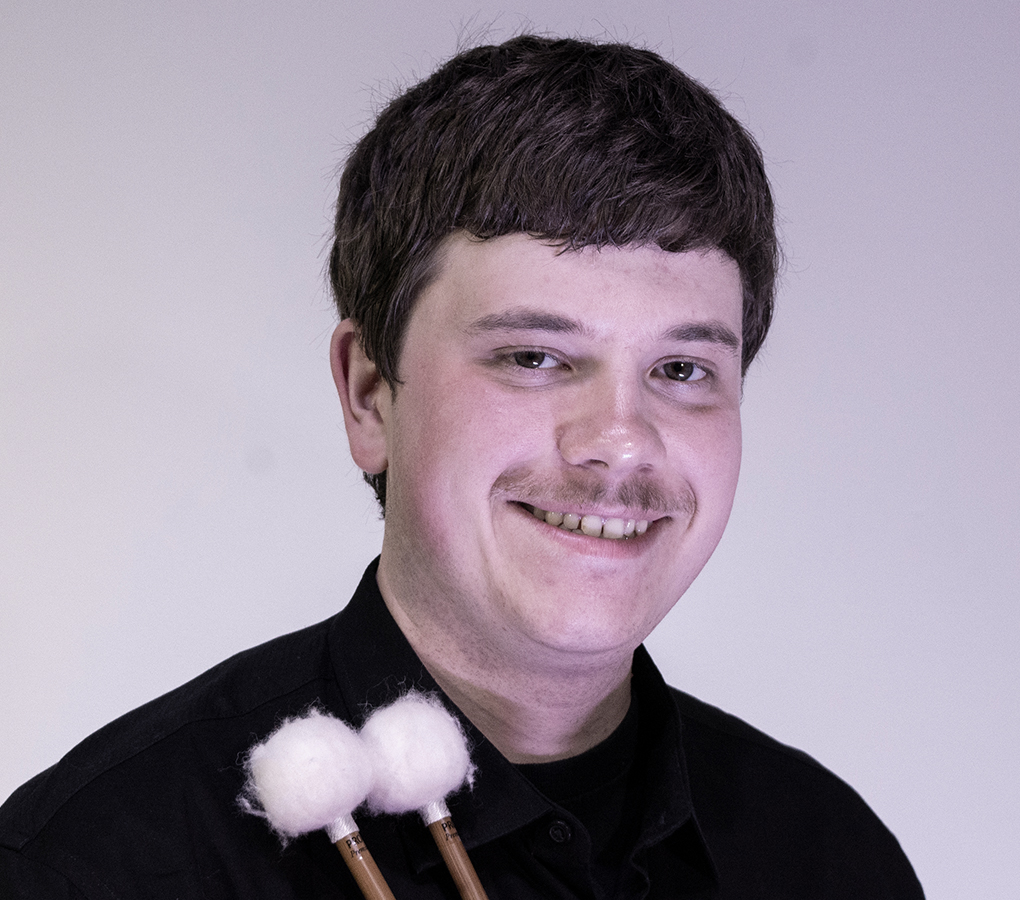 He has performed with the Chicago Symphony Orchestra and has served as an extra timpanist with the Lyric Opera of Chicago.

With the Civic Orchestra he shared the stage with Yo-Yo Ma, Jamey Haddad, Cyro Baptista, and Michael Ward-Bergeman in a performance of Osvaldo Golijov’s concerto Azul.

While a student at Interlochen Arts Academy, he performed in a concert featuring soloist Mark O’Connor in O’Connor’s composition, The Improvised Violin Concerto.

He was the third-place winner of the Modern Snare Drum Competition in 2017 and was the runner-up in 2018.

He earned his Master’s in Orchestral Studies from Roosevelt University-Chicago College of Performing Arts, Bachelor of Music from DePaul University, and holds a diploma from the Interlochen Arts Academy.