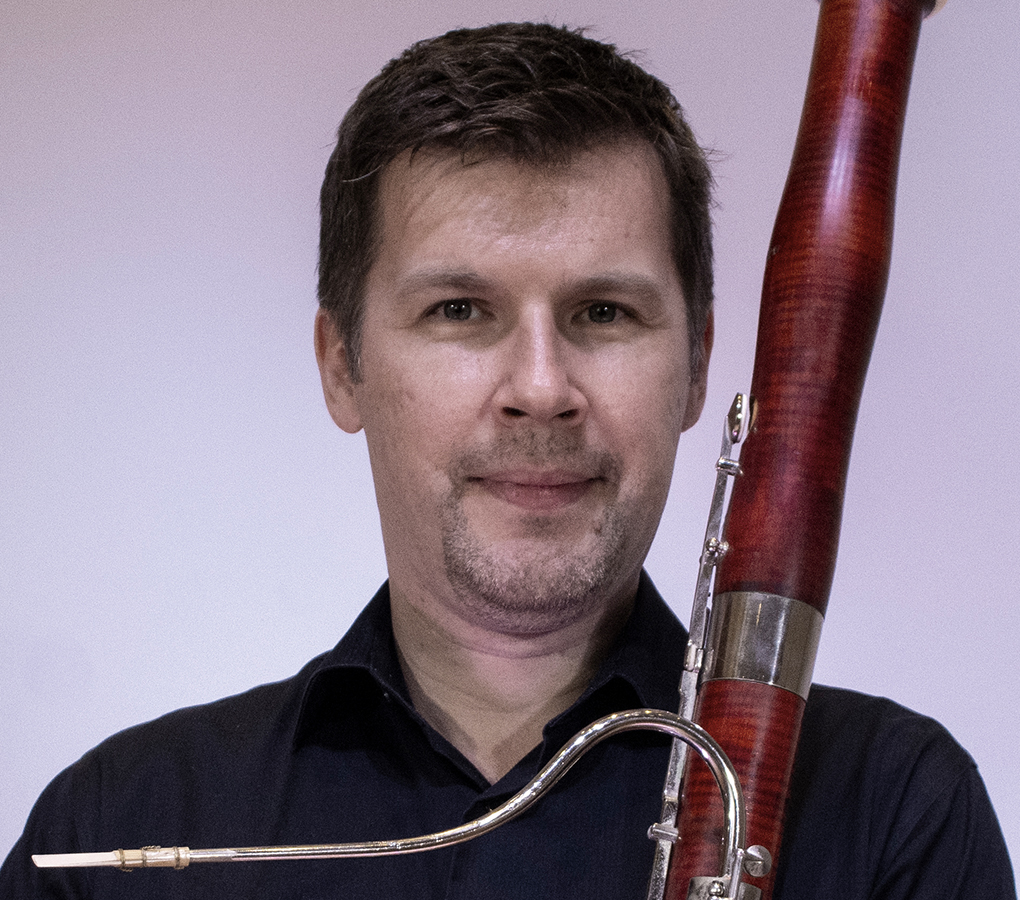 Born In Fergana, Uzbekistan
Resides In South Bend, IN

Bassoonist Marat Rakhmatullaev’s professional career expands across the globe and includes countries in Europe, Asia, and the United States. He currently serves as the Principal Bassoonist at both the Sarasota Opera Orchestra, FL, and the West Michigan Symphony, MI. Additionally, he performs regularly with the Grand Rapids Symphony, MI, and the Alabama Symphony Orchestra in Birmingham, AL.

Mr. Rakhmatullaev was the Principal Bassoonist of the Jacksonville Symphony Orchestra in Florida between 2012-2014, after completing a one-year position with the Fort Wayne Philharmonic in Indiana. Additionally, he has performed internationally with numerous professional orchestras, including the Chicago Symphony, Elgin Symphony, Symphony of Northwest Arkansas, Norman Philharmonic, South Bend Symphony, Moscow Chamber Orchestra, and the Bilkent Symphony Orchestra, among others.

Throughout his career, Mr. Rakhmatullaev has collaborated with world-renowned conductors, including Christoph Eschenbach, Herbert Blomstedt, Mikhail Pletnev, Paavo Järvi, Leon Botstein, Vladimir Ashkenazy, and Gerard Schwarz. His festival appearances include the Schleswig-Holstein Festival Orchestra, the American-Russian Young Artist Orchestra, the Mediterranean Youth Orchestra, Chautauqua Music Festival, and the Texas Music Festival. He frequently appears on stage as a chamber musician and was featured as a soloist with The Colburn School Orchestra and the Coastal Symphony of Georgia.

Mr. Rakhmatullaev holds a Master’s Degree in Orchestral Studies from the Chicago College of Performing Arts at Roosevelt University, from the studios of David McGill and Dennis Michel of the Chicago Symphony Orchestra. He also has a Bachelor of Music Degree from the University of Houston, where he studied with Karen Pierson and Jeff Robinson, and an Artist Diploma from The Colburn School Conservatory of Music in Los Angeles, from the studio of Richard Beene.

A dedicated educator, Mr. Rakhmatullaev serves as an Adjunct Faculty of the Goshen College in Indiana. Previously, he has taught privately in numerous band programs in the greater Houston area, as well as at several Middle and High schools in Indiana. He has also served on the faculty of various summer festivals, including the Luzerne Music Center and Coastal Youth Symphony Summer Camp.

Born in Uzbekistan, Mr. Rakhmatullaev grew up in Turkey and is a proud naturalized U.S Citizen. He comes from a family of professional musicians and currently resides in Oklahoma City with his wife Agnieszka, who serves as the Executive Director of the Oklahoma City Philharmonic, their four-year-old daughter Anna, and Siamese cat Mimi.